The first conference I went to was the GAAMC (Gay Activist Alliance of Morris County) conference in 1988 or so. It was a one-day affair with dozens of workshops. It was amazing. To be in the same place with 100 other disenfranchised people was so empowering that it was a large part of why I am an activist today. END_OF_DOCUMENT_TOKEN_TO_BE_REPLACED 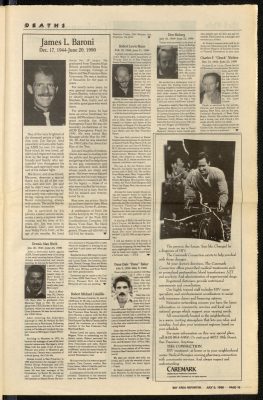