By issue 43 in November 1993, it was '.. For Gays Lesbians and Bisexuals in Central England' and in the same issue carried the following story about the recent BiCon 11 in Nottingham: 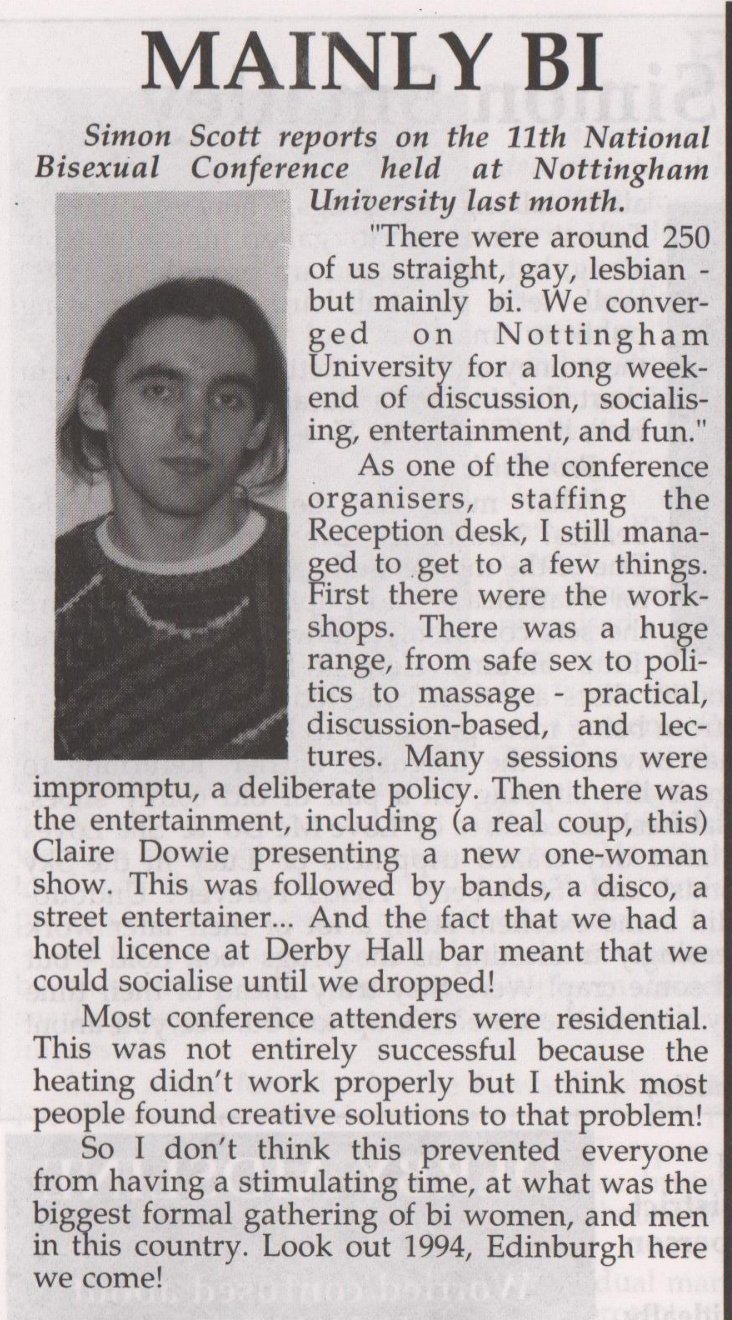 (HTML version of the text on the BiCon website.)

Its archive is at The Sparrows Nest.